Because of Corona, hardly anyone will soon be able to afford a house 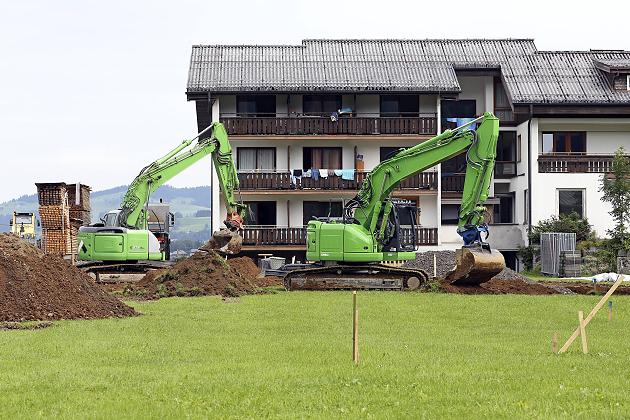 The Corona crisis is also shaking up the residential property market. Current trend: Germans prefer their own house more than their own apartment. This is shown by the current F + B-Wohn-Index, which records the price and rent development of residential real estate for all municipalities in Germany.

“Above all, the prices for single-family houses are currently still making the greatest contributions to growth in the real estate market,” explains F + B managing director Bernd Leutner: “In view of the historically unparalleled low interest rates for loans , it appears to be more economical for many buyers than renting property that they use themselves to invest. ”Leutner cannot say whether the trend towards homes and gardens is corona-related. The need of many people during the lockdown to add a green patch to their own four walls would at least be understandable.

Rental prices in the big cities continue to decline

New contract rents rose by an average of only 0.4 percent from the first to the second quarter of 2020, and existing rents by 0.3 percent. The dynamism is also slowing in the big cities: Compared to the previous quarter, prices for new lettings have fallen in 18 of the 50 most expensive cities in Germany, such as in Berlin , Freiburg i. Br., Tübingen or Rosenheim. From the 4th quarter of 2019 to the 1st quarter of 2020 there were only 13 cities. F + B boss Leutner blames less the consequences of the Corona measures for the price drop than the “now tightened regulations of the rental price brake”.

Home ownership is highly profitable in the long run

A house also generates high returns as a retirement provision. At least for those who have already invested: Anyone who bought a single-family home in the second quarter had to pay an average of 38.0 percent more than five years ago and even 61.7 percent more than ten years ago. The price of condominiums also rose sharply: According to the F + B index, they have risen by 34.7 percent on average over the past five years and by as much as 76.1 percent in the past ten years.

The long-term development of rents is not quite as drastic: new contract rents rose by 9.5 percent in the last five years and by 19.0 percent in the past ten years. Existing rents developed somewhat more moderately at 6.2 and 10.4 percent respectively.

Against accidents, fire and chaos: anyone who builds a house needs this insurance

Against accidents, fire and chaos: anyone who builds a house needs this insurance